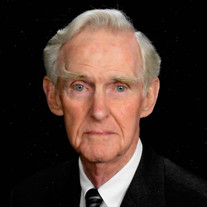 Chief Thomas A. Dease, Ret’d, passed away on April 2, 2022, one month short of his 92nd birthday. Thomas was born on May 3, 1930 to Harry and Bridget Dease. He was second son after his brother James. He grew up in Brook Park, Ohio, attended Villa Angela, Ascension grade schools and St. Michael’s H.S. His attendance at the Baldwin Wallace Conservatorium of Music was interrupted by his service in the Korean War. Thomas met his future wife Frances May Hubay at the Chippewa Lake Park Ballroom, where they shared a passion for dancing to the Big Bands. When he returned from Korea, they were married on May 1st, 1954. Tom and Frances had four children, raising them in Brook Park, attending Assumption of Mary parish until they moved to Strongsville Ohio in 1994. He was a devoted husband, father, grandfather, and great-grandfather. Upon his honorable discharge from the Army/U.S. Marine Corp, Tom joined the Brook Park Police Department, and served the city for 50 years as, Patrolman, Juvenile Officer, Sargent, and the youngest Chief of Police in the state of Ohio up to that time, serving for 35 years. He was a lifetime member of the F.O.P., and member of the Cuyahoga County Police Chiefs Association. He was named to the Chiefs’ Board of Governors, and served as Vice President, President, and Secretary/Treasurer. He was active with Blue Coats, Crime Stoppers, and other Ohio, national and international law enforcement organizations. He received numerous awards/recognitions for his police work including the J. Edgar Hoover Award for Excellence in Law Enforcement from the F.B.I. He remained active with the Retired Chiefs Association until recent months. Tom dedicated his professional life to the advancement of education and training to increase the professionalism of police officers nationwide and served on numerous advisory comities for law enforcement training. He was a member a steering committee which led to the formation of the Cuyahoga County Regional Information System. He also belonged to the West Side Irish American Club, Ancient Order of Hibernians, the Knights of Columbus, and active member of St. Joseph’s Parish in Strongsville. After retirement at the age of 72, he enjoyed the camaraderie of golfing with his friends and time spent with his family. He was proud of his Irish heritage and was known for his fine tenor voice, singing at church, weddings, funerals and of course on St. Patrick’s Day. Thomas was preceded in death by his beloved wife Frances. He is survived by children, Thomas J. Dease, Karen Wilson Kaufman (Michael), Constance Klamet (Thomas), Brian Dease (Kerry), grandchildren Kaleigh Dease (Wes), Connor Dease, Ryan Dease (Amanda), Patrick Dease (Ashley), Sean Larson (Ali), Ellen Wilson (Andrew), Jacob Wilson, Nathan Kaufman, Jay Kaufman, Jennifer Dombeck (Mark), Jeff Klamet, Jackie Betlee (Daniel) and great-grandchildren, Caleb, Ada, Hudson, Reagan, Blake, Sophia, Reese, Jaxson, Jayden, Emme, Danni, and Zach, and by cousins, nieces and nephews. His legacy is his love of family, strong friendships, dedication to career and the respect of his peers. Visitation will be on Thursday, April 7, 3:00 - 7:00 pm, Jardine’s Funeral Home, 15822 Pearl Road, Strongsville, Ohio 44136. Mass of Christian Burial, April 8, 10:00 am, St. Joseph Catholic Church, 12700 Pearl Rd, Strongsville, OH 44136, followed by burial at Holy Cross Cemetery in Brook Park. Donations can be made to St. Joseph Catholic Church, or Blue Coats of Ohio at; https://pay.bluecoatsinc.org/donate

Chief Thomas A. Dease, Ret&#8217;d, passed away on April 2, 2022, one month short of his 92nd birthday. Thomas was born on May 3, 1930 to Harry and Bridget Dease. He was second son after his brother James. He grew up in Brook Park, Ohio, attended... View Obituary & Service Information

The family of Thomas A. Dease created this Life Tributes page to make it easy to share your memories.

Send flowers to the Dease family.