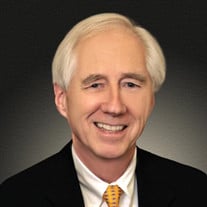 Stephen R. Mather, age 79 of Strongsville, OH, passed away January 5, 2022. He was the beloved husband of 55 years to Ruth Mather (née Lauffer), and a loving father to Paul Mather (spouse Michelle), Laura Painter (spouse Darin) and Daniel Mather. He was a kind grandfather to Christopher and Rachael Mather, Brian and Brooklyn Mather, and Gibson and Anna Painter. He grew up in Indianapolis, IN, the son of the late Jack and Jean Mather (née Gray) and a dear brother to the late Randal Mather. Steve was known for his kindness, intelligence, curiosity, spontaneity and wit. He loved making people smile, laugh or think, whether his audience was a family member on the couch or a random person he had just met in the produce aisle. The world found the man so interesting because the man was so interested in the world — the guy with the wry smile who was ready to share his passion for photography, classic cars, museums, motorcycles, books, boats and more. Simply from the pitch of an engine, Steve could accurately guess the make and model of a helicopter overhead without looking up from the kitchen table. All the while, he was humble and respectful, continually looking for the next thing he could learn, or look up in the encyclopedia or experience first-hand. Those traits served him well during a successful career in business-to-business, avionics and real estate sales, during his six years in the U.S. Army Reserve, during takeoffs and landings in the two-seat Cessna 150 that he co-owned with a high-school friend, and during the numerous times he stopped the car and pulled over because he spotted something interesting. Steve lived his life to the fullest. He used his brain and heart every day. He valued and encouraged the strengths of others. And he never took himself too seriously. Even at the end, before returning to his hospital bed with an IV and wires all around, he pretended his wheelchair was a choo-choo train, tapping his feet quickly on the ground and raising his right hand to pull a fake whistle. That way, the nurse who was having a challenging day could laugh and smile. He is deeply missed. BOTH VISITATION AND SERVICE WILL BE HELD AT JARDINE FUNERAL HOME, 15822 PEARL RD, STRONGSVILLE. VISITATION: MONDAY, JANUARY 10, 2022, 3-7 PM. SERVICE: TUESDAY, JANUARY 11, 2022, 11 AM.

The family of Stephen R. Mather created this Life Tributes page to make it easy to share your memories.

Send flowers to the Mather family.