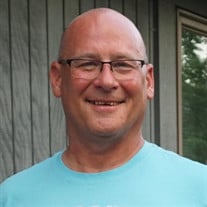 Robert D Taylor, 64, of Wadsworth, passed away unexpectedly Saturday, September 18th, 2021. Bob was born to Harold and Thelma (Helfrich) Taylor in Ypsilanti MI on June 9th, 1957. The family relocated to Columbia Station 10 years later. Bob graduated from Columbia High School, and went on to earn his BS in mechanical engineering from Ohio Northern University. He married Lauren Peskar on August 6, 1982. Their union lasted 25 years and produced 3 sons; Michael, born in 1985, Kevin, born in 1989, and Robert, born in 1993. In 2009, Bob married Ginny Jewett, and they remained married until his death. Bob’s passion was flying, and once he obtained his private pilot license, he never looked back. He built and flew two experimental aircraft over the years, and was an enthusiastic ambassador of experimental aviation. He was a proud, active member of the Wadsworth EAA Chapter 846, where he cultivated many cherished friendships. Bob is survived by his wife Ginny, mother Thelma, sons Michael (Sarah) of West Lafayette IN, Kevin (Kelley) of Seville OH, and Robert (Colleen) of Columbus, grandsons Louis and Edwin of West Lafayette IN, and an eagerly awaited granddaughter, arriving in November. Visitation will be held at Jardine Funeral Home 15822 Pearl Road, Strongsville, OH 44136, Saturday September 25, 2021, from 2-4PM where a memorial service will immediately follow at 4PM.

The family of Robert D Taylor created this Life Tributes page to make it easy to share your memories.

Send flowers to the Taylor family.