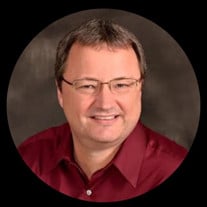 Robert “Rob” Hickman, 59, was born May 19, 1962 in Warren, Ohio to Harry and Mary Hickman. Rob was one of five children alongside older brother Harry, Rob’s twin Rick, and twin sisters, Diane and Doris. Rob spent his childhood hiking, camping, and spending summers on Lake Erie with his family. Rob was an Eagle Scout and continued to utilize the skills from all those early adventures his entire life. A short time after graduating from Champion High School in 1980, Rob enlisted in the Army National Guard and served for 6 years. At the same time, he attended Kent State University and graduated with a degree in Computer Science. Rob went on to become a successful entrepreneur; spearheading the company that he co-founded, LBSI, which celebrated 32 years in 2021. In 1993, he married Shari Hickman and celebrated 28 years in 2021. Rob and Shari were blessed with three children: Jon, Bryan and Amanda. Nothing brought Rob greater happiness and pride than his family. In 2010, Rob went through the Rite of Christian Initiation of Adults (RCIA) and was baptized and confirmed into the Catholic church. Soon after, Rob joined the Knights of Columbus and went on to become a 4th degree Knight. While Rob’s life on earth was cut short, his laughter, smile and influence will continue to flourish in all those who crossed his path. Visitation will be held at Jardine Funeral Home 15822 Pearl Road, Strongsville, OH 44136, Monday October 11, 2021, from 4-8PM. A Funeral Mass will be held at St. Joseph Catholic Church 12700 Pearl Road Strongsville OH, 44136, Tuesday October 12, 2021, at 10AM. In lieu of flowers memorial contributions may be made to St. Joseph Catholic Church.

The family of Robert "Rob" Hickman created this Life Tributes page to make it easy to share your memories.

Send flowers to the Hickman family.