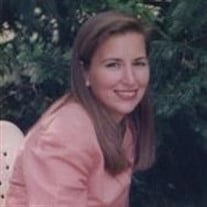 Judith Louise (Davis) Harris died on June 1, 2020 after a long illness and joined her Lord in Heaven. She was born on September 19th, 1965 in Cleveland, OH to parents Charles Andrew Davis, Jr. and Sara Louise Davis. Her only sibling, brother Charles Andrew Davis, III was five years old at the time. The family later moved to Strongsville and in the 3rd grade she met her best friend for life, Connie (Kirby) Ramser. Her favorite memories from childhood and into high school were the fun times with Connie. She also had fond memories of summer church camp with the Christian and Missionary Alliance in Mahaffey, PA. She was a proud flutist in the Strongsville Mustangs marching band and ran cross country for the school as well. She was an avid reader as a young girl and always held a part-time job in middle and high school. Upon graduation from high school, she enrolled in Nyack College in Nyack, NY and after four years graduated with a Bachelor of Science degree in elementary education. She worked in the school’s admissions office as a student and upon graduation became an admissions counselor for the school. It was during this time that she met her future husband, Glenn Allen Harris, Jr., of Mississippi. They dated long distance for over a year, communicating by long phone calls, letters, and cassette tape recordings mailed back and forth. Glenn proposed to her in the Spring of 1989 and she moved to Mississippi and served as an admissions counselor for Glenn’s alma mater, Belhaven College. The couple were wed on July 28, 1990. Glenn was halfway through medical school at the time and Judy enrolled in Reformed Theological Seminary in Jackson and earned a Master’s degree in Marriage and Family Therapy. While in graduate school, she also developed an after-school tutoring program for under-privileged children through Neighborhood Christian Center. Upon graduation, Glenn’s U.S. Air Force medical career took them to Northern California, San Antonio, TX, then back to Northern California. They were avid skiers in the Sierra Nevada mountains, runners, hikers, and they learned to sail in the San Francisco bay. Judy worked as a clinician in the crisis unit at the Solano County Mental Health department. Then upon return to Northern California, she ran the managed care access program for the same department and was also a supervising clinician. In San Antonio, TX she worked for United Health Care’s Optum group as an employee assistance counselor. After 10 years in the Air Force they then settled in North Carolina where she worked as a mental health counselor at the Good Samaritan Clinic, volunteered at the Open Door Ministries Soup Kitchen, and served on the Haywood County Arts Council. For nearly fourteen years she was also a member of the Nyack College Alumni Board, and for the last five years, she and her husband cared for her aging parents. She is greatly missed by Glenn, her husband of nearly 30 years. Her father passed away on May 1, 2020. She is survived by her mother, Sara Louise, and brother Charles III and his wife, Ingrid (Johannessen) Davis. Though Glenn and Judy had no children, she was quite proud of and dearly loved her five nephews and six neices. Recently, a great neice and two great nephews were added to the family. There will be no memorial service at this time due to the virus pandemic. Donations in her honor can be made to Global Lead. Contact [email protected] for information.

Judith Louise (Davis) Harris died on June 1, 2020 after a long illness and joined her Lord in Heaven. She was born on September 19th, 1965 in Cleveland, OH to parents Charles Andrew Davis, Jr. and Sara Louise Davis. Her only sibling, brother... View Obituary & Service Information

The family of Judith Louise (Davis) Harris created this Life Tributes page to make it easy to share your memories.

Send flowers to the Harris family.