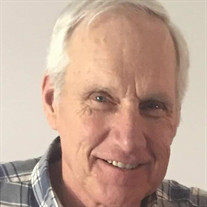 Not sure what to send?

Gib C. Lessman, 71, passed away on June 21, 2022. He was born on April 1, 1951 to the late Gilbert and Florence (nee Kurpiel) Lessman in Mt. Pleasant, Pennsylvania. Gib married Nanci Kravec on July 27, 1974. They have been married for 48 years. In his life, he enjoyed traveling with his wife, spending time with his children while playing with his granddaughters, and fishing. He spent most of his time outdoors “tinkering” in the yard, watching the birds, and grilling delicious food for his family. Gib is survived by his wife Nanci Lessman; children Jessica (Michael) Rob, Adam (Stephani) Lessman, and Sara (Tom) Smith; siblings Karen (Ray) Rehak, Barbara Lessman, Jimmy (MaryJo) Lessman, and Kevin (Barb) Lessman; and in- laws Gayle Breslin and Kenny (Jan) Kravec; granddaughters Brooklyn, Jordyn, Sophie, Norah, and a sweet baby girl on the way. He was an uncle and great uncle to many. In addition to his parents, he is preceded in death by his brother- in- law Larry Breslin. VISITATION will be held on MONDAY, June 27th, 2022 from 3 p.m. - 7 p.m. at JARDINE FUNERAL HOME, 15822 Pearl Road, Strongsville. FUNERAL SERVICE to follow starting at 7 p.m. The family requests that everyone please wear a mask. In lieu of flowers, memorial contributions can be made to the Cleveland Food Bank, 15500 S. Waterloo Rd, Cleveland, OH 44110.

The family of Gib C. Lessman created this Life Tributes page to make it easy to share your memories.